MxToolBox constantly works to make our free public DNS, email and diagnostic tools better. We are announcing a major leap forward in user interface technology. We invite everyone to preview the new MxToolBox.

VT100 technology is now ubiquitous, and represents a major improvement over the outdated VT52 protocol which, let’s be honest, had some limitations. The additional character sets and escape sequences allow the kind of cutting-edge branding and logos marketing teams demand today. User interface developers are now able to deliver the highest possible user experience.

While other websites are stuck with outdated HTML5 technology, MxToolbox is now able to serve users with almost any hardware, including most terminal introduced after August of 1978. VT100 apps are also available for all major smart phone platforms. Well, at least IOS and Android…we’re not sure about Blackberry.

The reduced bandwidth requirements will especially benefit our users in the US, of which an estimated 10 million still have dial-up internet access, with 3 million on AOL alone. With much higher connection speeds, we don’t think the rest of the world will see much performance benefit.

The existing version will continue to be available while the new interface is in beta.

Our future technologies division encourages your feedback and if we can get 1,000 “likes” on Facebook, our management has promised to purchase us a 14.4 Kbps modem! 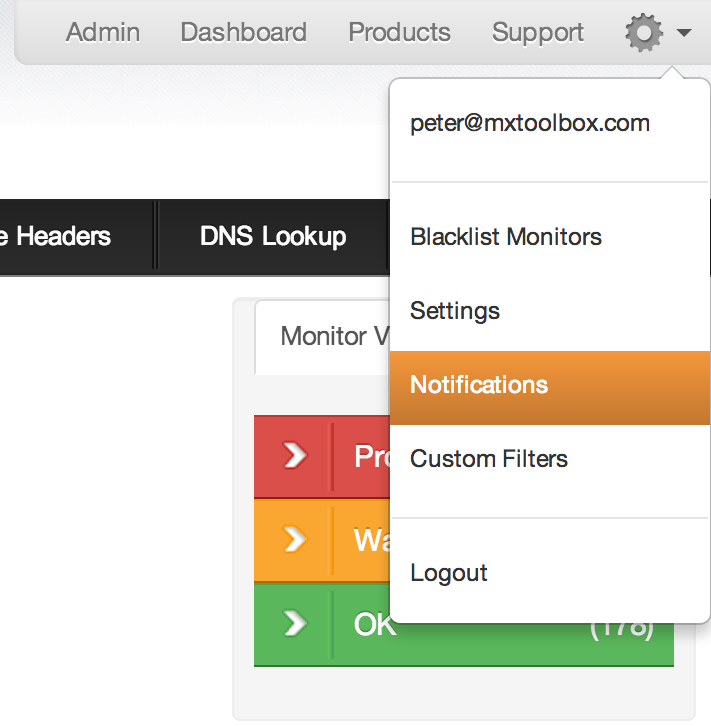 We recently had someone who uses MxToolbox monitoring contact us with a question of how he could avoid getting blacklist alerts on his phone in the middle of the night while still being able to get mobile alerts for critical things like his MailFlow monitor.

There are a couple of ways to manage your notifications and I wanted to share them here and show how you could use them to take control of the communication we send you.

You can access the Notifications settings under the main settings menu in the upper right.

Here you will be presented with all of your monitors and which type of notifications they are configured to send out. You can filter this list to find only monitors that match your criteria and you can use the top checkboxes to turn all of the monitors on or off with a single click. This way you can decide what comes to your inbox and what comes to your phone. If you like, you can configure a monitor to never send notifications at all. More on that later. 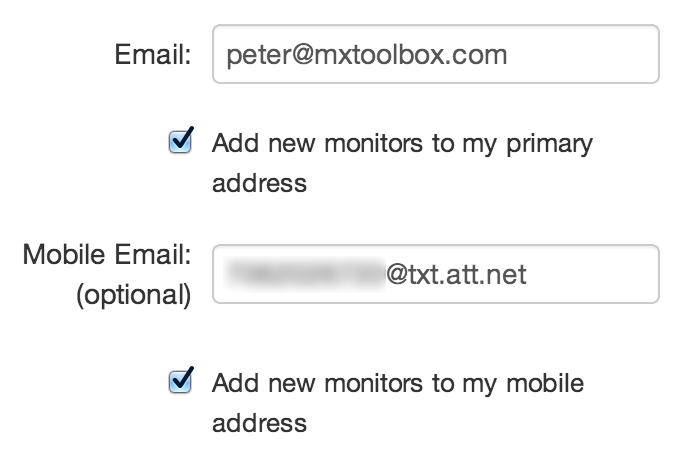 On your main settings page you can also configure your account to set default options for any new monitors that are created. This is especially helpful if you frequently add monitors and do not wish to get mobile alerts by default. 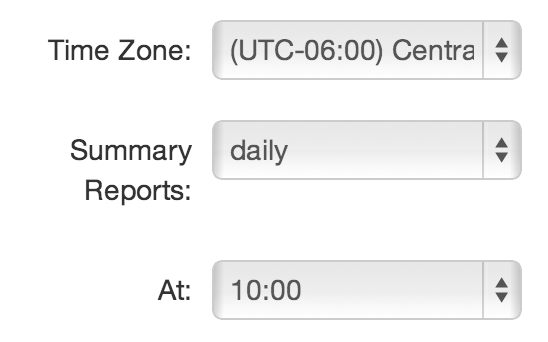 I also mentioned before that you might choose to not receive any notifications for some monitors. If you have many IP Addresses that you are keeping tabs on instead of being notified as each IP goes on and off a list, you can select to receive a helpful summary email which shows the status of all of your blacklist monitors. You can choose these to be generated anywhere from hourly to monthly and choose what time they are mailed to you. These settings are also located on the main settings page.